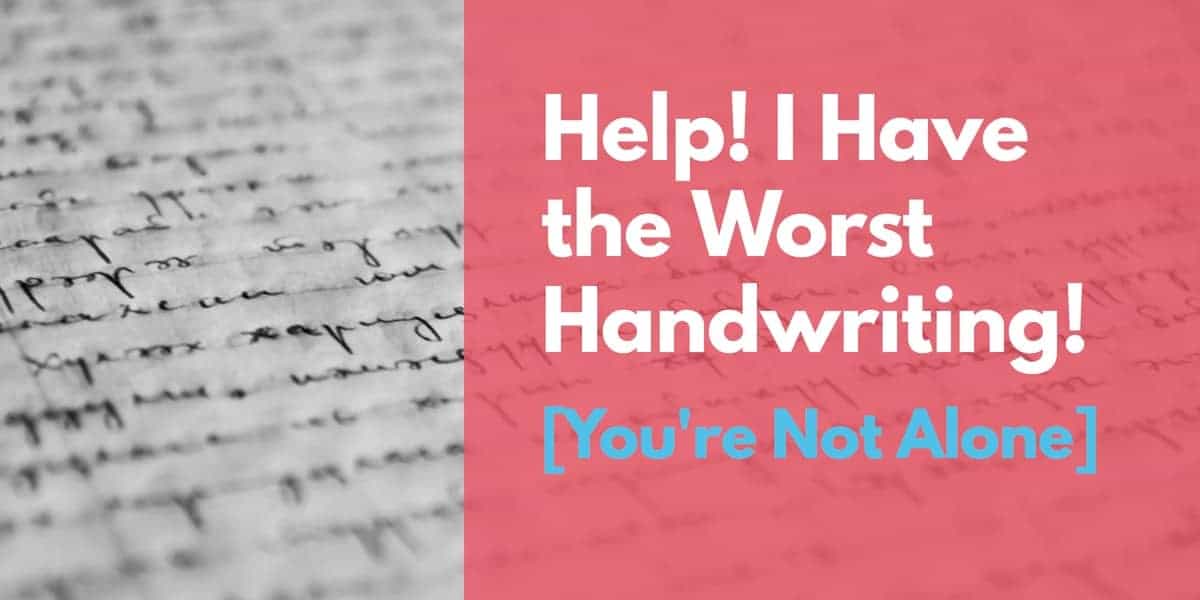 The art of handwriting has morphed over the years leading to specialization such as calligraphy and handwriting analysts. Despite facing threats from modern-day forms of writing such as email, typing software such as word, word-press, and many others, there remains a glimmer of hope that the lovely art of pen and paper is not yet lost. However, people continually ask whether this form of expressive art is viable and much needed in today’s modern society.

Such kinds of notions and the proliferation of technology have led to deteriorating levels in personal handwriting. It cuts across the board, affecting a majority of people (especially doctors, for some reason). Some of the notable people with the worst writing include;

Unfortunately, we really aren’t in a position to engage with such people and get to know the kind of impact their writing had on them since they are long gone or are hardly easy to access.

This article delves into the deep to highlight the negative impacts of bad handwriting and the steps needed to improve the worst handwriting.

Impacts of Having Bad Handwriting

Having effective handwriting plays an integral part in various spheres of someone’s life. However, a bad writing will also attract unwanted attention. The following are just some of the effects.

1. A Decline in Work Place Productivity

Even worse is the undue pressure and tension experienced by workers during board presentations where writing is involved. Interestingly, 45% of workers are finding it hard to read their writing, and this is taking its toll at work.

The society’s tendency to harshly judge others isn’t helping much when it comes to improving handwriting. Statements such as unlearned, and in extreme cases, retard, pack quite a punch on one’s self-esteem. Weather in the professional setting or academic world, its consequences are far-reaching and may be a catalyst to depression.

It’s not necessary to be a natural writer. Everyone has inherent strengths and weaknesses. Nevertheless, one needs to improve their handwriting. On average, Americans spend 6% of their total wages, trying to figure out the meaning behind poorly written materials. Be it reports or presentations, people with the worst handwriting experience a drag in their career life either due to missed promotions or other forms of incentives.

All hope is not lost as one can redeem themselves and their image by improving their handwriting. So, how does one go about it?

Steps To Improve Even the Worst Handwriting

1. Decide What You Want

It boils down to one’s personal choice. Maybe you want to write more fluently and legibly with that promotion in mind, or you want to command the attention of that graphologist by portraying your personality through your whorls and loops. You could just want to learn cursive writing because it’s taught by fewer and fewer schools. There are so many motivating factors to improve your handwriting (and maybe even have fancy handwriting).

The practicality of the saying that the pen is mightier than the swords falls here. Just as you wouldn’t storm inside a battle with an old rusty paper-knife, don’t expect to produce a superior handwriting with a sub-standard pen. It would be best if you experimented with various pens or pencils until you find what works for you. There are plenty of felt tips, ballpoints, and roller-ball tip pens out there.

3. Work On Your Grip

Although your pen has a pointed tip, it’s not a sword. Relax the grip on your pen and ensure there is no tension on your hand. Have a light or supportive grip. Don’t squeeze your pen. It isn’t a tube of paste. Its ink will flow of its own accord.

People underestimate the importance of a proper handwriting, yet its impacts are far-reaching. However, there’s no need to be discouraged, and it isn’t too late to shape your loops and whorls. Adhering to the stipulated advice will ensure that you have a seamless and enjoyable experience in improving your handwriting.